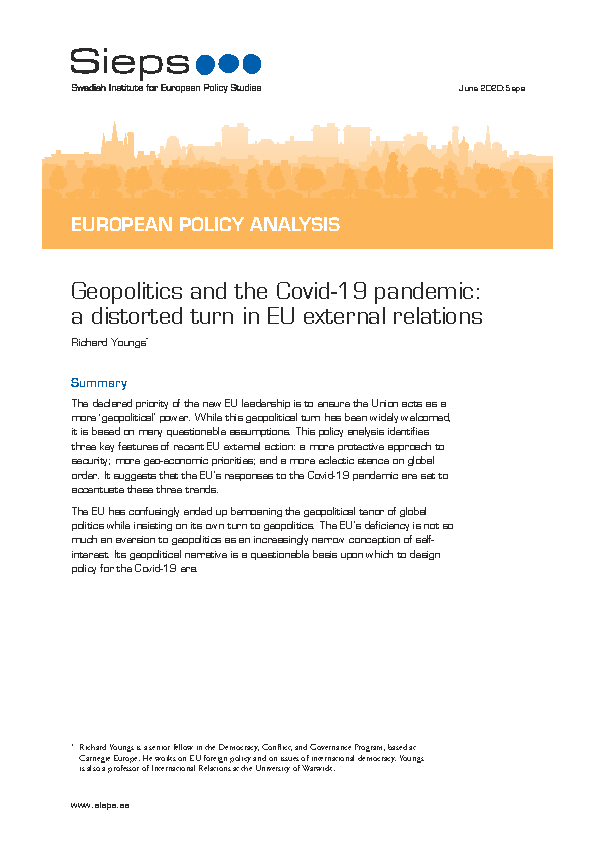 EU leaders, among them the president of the European Commission Ursula von der Leyen, have in the last year advocated a more “geopolitical” European Union. But what does this mean and which risks are involved?

In a new European Policy Analysis, Richard Youngs, professor of International Relations and a senior fellow at Carnegie Europe (Brussels), takes a contrarian line by questioning what lies behind this ambition. He writes that the EU has for a long time moved in a geopolitical direction: its foreign policies are increasingly focused on European interests, rather than on the promotion of rules for democracy and market economy in the world.

At the same time, the more concrete ways in which EU external action have evolved differ from the broad talk of geopolitics. The author identifies three axes of action:

As this geopolitical “narrative” is based on questionable assumptions, Youngs writes, the EU’s international identity risks becoming more uncertain and ambiguous. Instead, the EU needs a more elaborate view of its geopolitical interests, which also includes the values the EU wants to promote. Also, the crisis related to the outbreak of Covid-19 could lead to an even stronger focus on the three identified axes of action as well as on short-term interests.