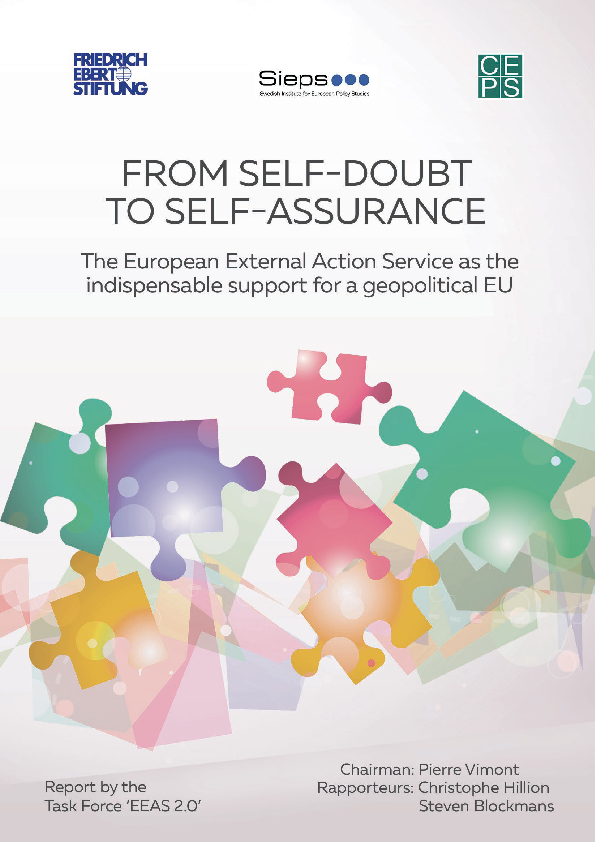 The rivalry and contestation of today’s world should be reason enough for the European Union to act as a cohesive force, if only to avoid being outmanoeuvred by major powers. Yet EU countries and institutions are still struggling to set aside their differences and focus on the common interest.

The 10th anniversary of the European External Action Service is an opportune moment to take stock of its contribution to creating a more active, coherent and visible EU foreign policy.

Despite its significant achievements, the Service still suffers from a lack of buy-in from member states and other parts of the EU administration. In this report, a task force has thus reappraised the EEAS’ actual and potential mission in the coming years, considering the dynamic ecosystem within which it functions.

Distilling key lessons from the first decade of the Service’s operation, the report sets out 30 recommendations to address the identified shortcomings. It aims to assist the EEAS’ purpose of forging a distinctly European brand of diplomacy, by upgrading its operation to allow it more flexibility to think, propose and act, more agility to factor in a rapidly changing international landscape, and more determination to play a leading role.

The Service could indeed make much more of its core assets. In doing so it would better serve the common interests of the European Union and truly fulfil its objectives in external action.

The Task Force process is a structured dialogue among experts, (former) politicians, diplomats, policymakers, representatives from industry, NGOs, academia and/or think tanks who are brought together for several meetings. Task Force reports are the final output of the research carried out independently. This report is the fruit of intense research cooperation between the Centre for European Policy Studies (CEPS), SIEPS and the Friedrich Ebert Stiftung.