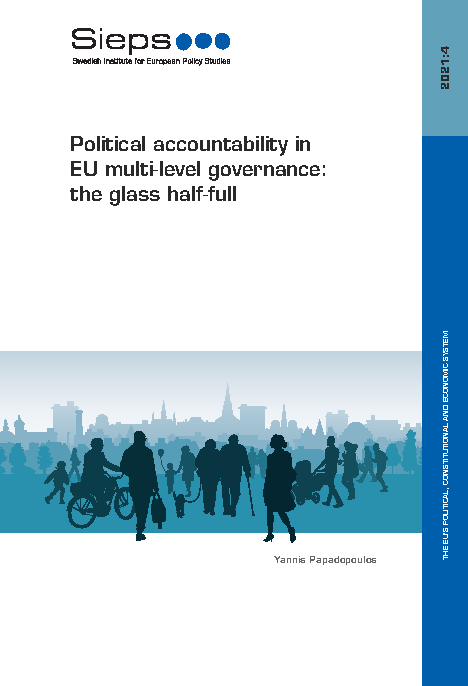 In the last decade two phenomena have shifted the landscape of political accountability: the increased powers of the European Parliament and national parliaments following the Lisbon Treaty, and the European Council’s role as a crisis manager – it is now the dominant player in economic governance.

Yannis Papadopoulos, Professor of Public Policy at the University of Lausanne, takes stock of these and other changes, surveying not just the policy-making institutions but also agencies and bodies where a high degree of independence is central to their function, such as the Court of Justice and the European Central Bank. He notes where accountability has improved (the European Parliament’s control over supranational policymaking), where it remains poor (a lack of transparency in both the Council and the European Council), and where it has deteriorated (the minimal legal basis for the powerful Eurogroup, which is outside the scope of judicial review).

The report concludes that the glass is half-full, though with no clear signs that it will soon be filled. The accountability gap is uneven and not pervasive, but it is real. Improving accountability – following some of the concrete recommendations here – would contribute to the legitimacy of the European Union. These issues should be considered by the Conference on the Future of Europe, if it wishes to succeed in its aim of ‘strengthening European democracy’.