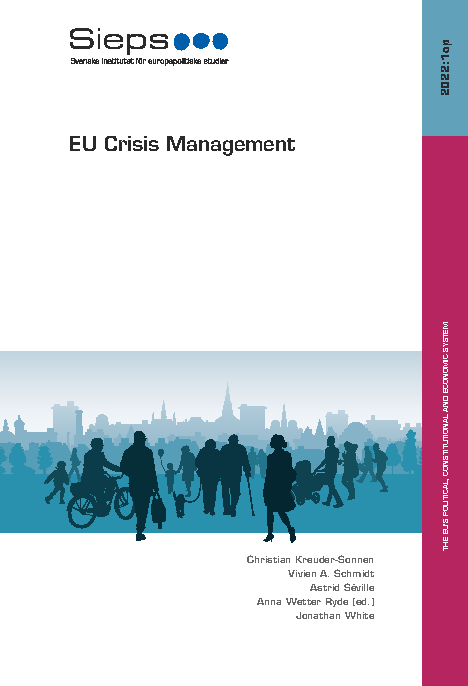 Over the last fifteen years Europe has experienced multiple events which were understood, narrated, and responded to as crises. The EU has sought to direct and coordinate the attempts to resolve these problems, or at least mitigate their worst effects. In this anthology, four scholars examine the effectiveness and legitimacy of the EU’s evolving system of crisis management.

The purpose of this volume is to draw out lessons from the EU’s emergency politics, and to provide ideas on how future crises can be managed effectively and democratically. The anthology is edited by Anna Wetter Ryde, senior researcher at SIEPS.