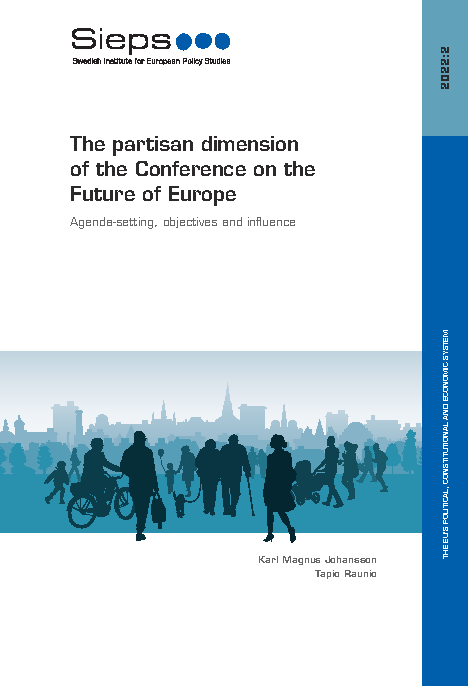 In her political guidelines for the current Commission President Ursula von der Leyen’s promised ’a new push for European Democracy’. Much of this push is represented by the Conference on the Future of Europe, whose goal is to engage citizens in the debate on the future of the Union.

Political parties play a central role in articulating policy choices at EU level and influencing public opinion on those choices. In this report Karl Magnus Johansson (Affiliate Professor of Political Science at Södertorn University) and Tapio Raunio (Professor of Political Science at Tampere University) investigate the extent to which the three largest Europarties have shaped the agenda and the content of the Conference.

The authors’ analysis shows that the Conference has an important transnational, party-political dimension. The Europarties have long experience of working with the EU institutions which they took advantage of in order to shape the Conference’s agenda and debates. The parties prioritised this work and put democracy and governance squarely on the agenda. However, they made less effort to engage citizens in the work of the Conference.

The report contributes to the scholarship on democracy in the EU and the role of Europarties in shaping the Union’s future.