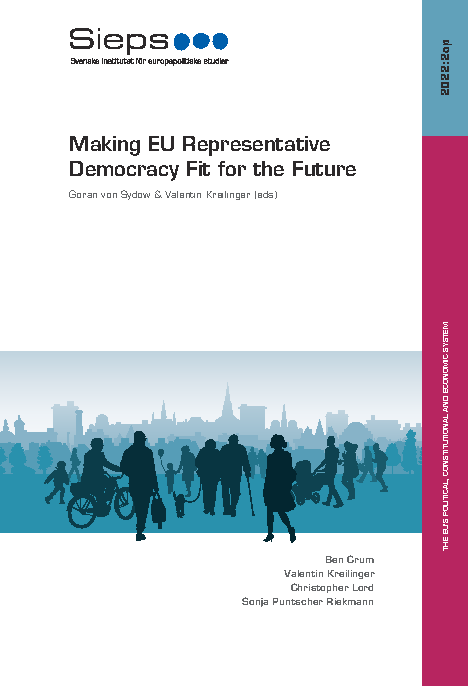 With institutional change back on the agenda, frequent and severe crises rocking the EU and the extension of EU action into new and highly contested areas, this volume offers ways of thinking through this predicament, and some possible ways out.

The volume does not provide a common set of recommendations – instead it hopes to contribute to the debate on the future of democracy in the EU.