SIEPS participated in the arrangements during EU Days Lund 2022 on 20–21 September. In a seminar on 20 September Commissioner Ylva Johansson and other panelists discussed some of the most important challenges facing the common European asylum system in the light of the Ukrainian refugee situtation. 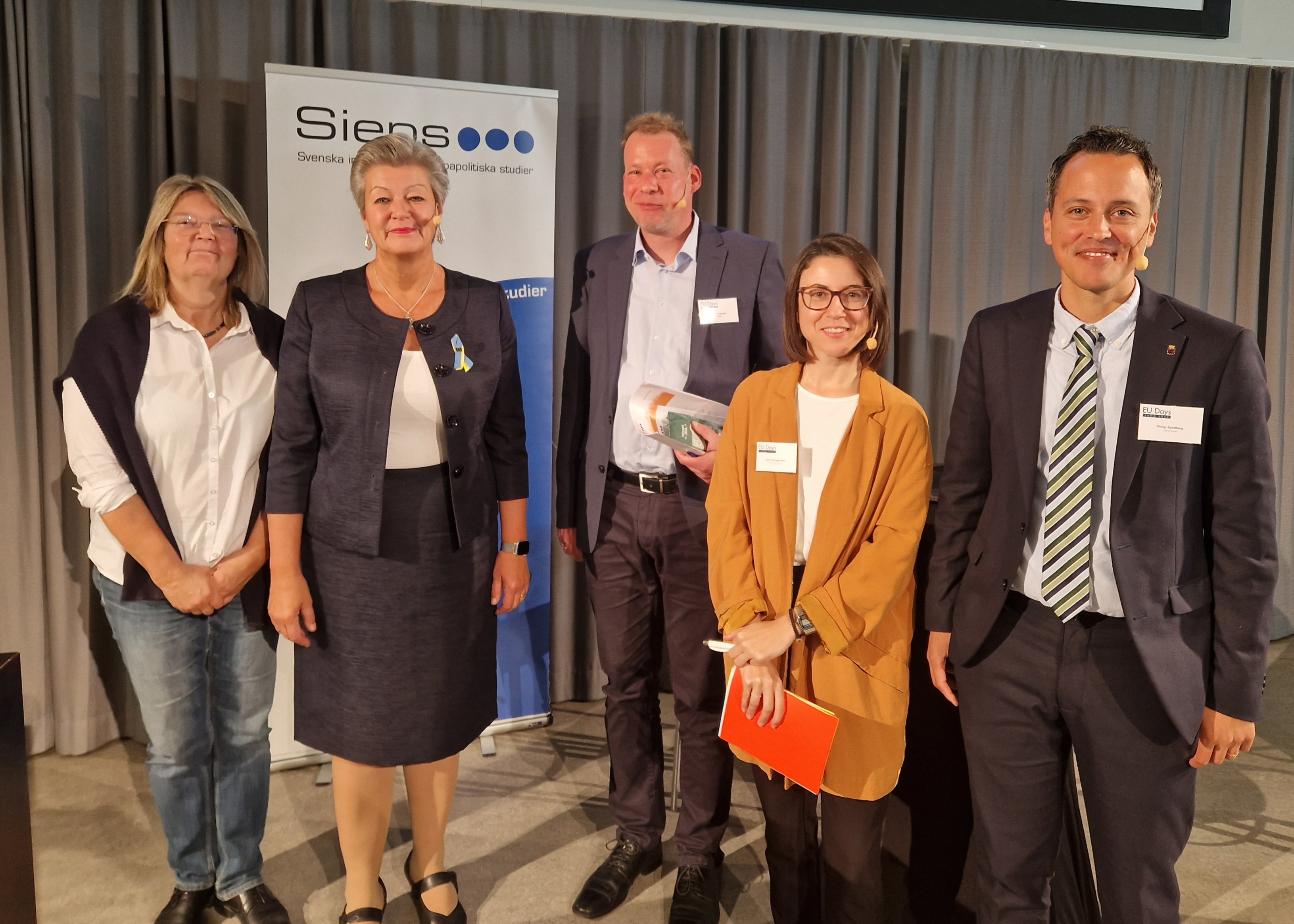 Over recent years, the European Union and its Member States have been confronted with a number of serious challenges in the migration and asylum area. The so called refugee crisis of 2015 is still casting its shadows over migration policymaking today; refugees and migrants continue to travel on irregular and dangerous routes across the Mediterranean; and there have been orchestrated migratory pressures at the EU’s Eastern land borders with Belarus. Most recently, the Russian war on Ukraine has prompted one of the fastest developing, large-scale refugee situations in Europe’s modern history.

Given the complexity of these migratory phenomena and disagreement over necessary reforms among the Member States, notably concerning the issue responsibility-sharing, the EU has struggled to reform the Common European Asylum System in a way that would offer solutions to both current and future challenges.

In this seminar, Commissioner Ylva Johansson and the other panelists discussed some of the most important challenges as well as possible solutions from a human rights perspective, reflecting also on whether the arrival and reception of refugees from Ukraine might offer lessons for how a credible political compromise on a reformed EU asylum and migration system could be reached.